2. Select the correct Survey Year for the 2744 (the prior calendar year)

Missing (if it has not been created yet); click ADD to create new 2744 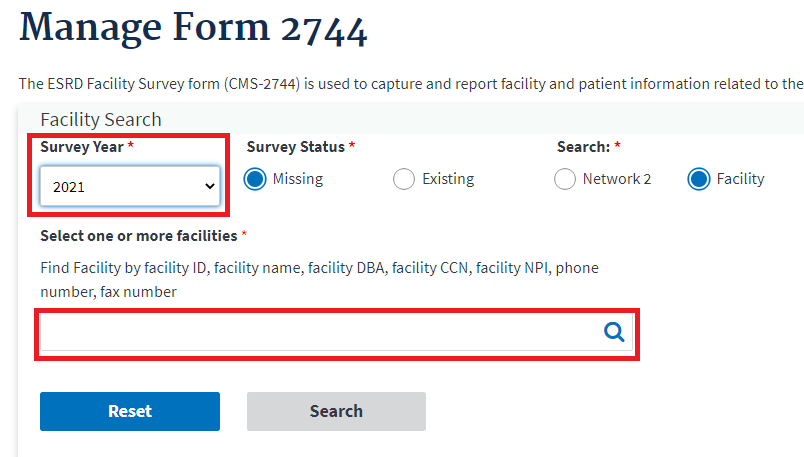 4. Check the status of your 2744 to view the Reason why it may have been rejected:

- Final: facility submitted, Network has not reviewed it yet

- Accepted: Network accepted the 2744 as done, will Finalize

- FINALIZED: Network has Finalized the 2744, facility is done for the year

- Rejected: Network rejected the 2744 for a research described in the 'Reason' section of the screenshot below

- Re-Opened: Help Desk reopened the 2744 at the Network's request, as per the facility's request

Do NOT submit with any Errors!

Did you find it helpful? Yes No

Send feedback
Sorry we couldn't be helpful. Help us improve this article with your feedback.